S.A. Griffin always uses periods after his initials. No spaces between the two characters, thanks.

A crash vampire living in Los Angeles, he is a human being, father, husband and Vietnam era vet. A native son of that other country some call Texas, he has lived in California since the age of six months, so he is a Californian from the San Francisco East Bay. Moved to Los Angeles from San Francisco's Haight/Ashbury distrcit in 1978, where he is damned happy.

Driver/owner of The Carma Bums' 1959 Cadillac Farther. Toured the U.S. & Canada with The Carma Bums, The Lost Tribe, White Trash Apocalypse, New Word Order and The Deciders. Makes his living as a poet/writer and an actor, for almost 30 years now. Likes weed, smooth single malt and stouts. Makes a mean ass mac 'n cheese. He hangs on MySpace. The oldest of six very dysfunctional siblings, his mother was Venus on the half shell, his father a broke broker of dreams. His stepfather was from hell.

In 1994 he journeyed to The Univeristy of Washington with The Carma Bums to torture himself with the rest of The Bums for a week creating what is considered by most to be the first poetry website of its kind with fine graphics, hyperlinks, text and audio files.

Named best poet/performer by Wanda Coleman for The L.A. Weekly.

Was previously nominated for a Pushcart, and honestly, who cares and who hasn't?

With The Lost Tribe appeared on The Gong Show winning with the lowest score ever: 8.

Publisher, Rose of Sharon Press since 1988, the first books published being Sharktalk by Doug Knott and The Electric Yes Indeed! by Scott Wannberg. Published many books, chaps, broadsides and zines over the years. Presently MEAT (broadside) and chaps. Most recently Interchangeable Goddesses by Pris Campbell and Tammy F. Trendle. Forthcoming books by FrancEye, John Dorsey, Amanda Oaks, Scott Wannberg and at least two anthologies. Look for 'em! In 2006 longtime pal and poet David Smith came on board as his publishing partner, and together, they shall rule the world.

Recently co-produced Rabbits Over Clevyland with Bree. A weekend long poetry fest paying tribute to d.a. levy and Tom Kryss. Bill Roberts brought out his mimeo machine and we made a book in the basement of Mac's Backs. Tom Kryss created rabbits for the cover using silkscreen.

Check imdb.com for acting credits, most of them are on there. He's worked with Mayor Clint Eastwood and Governor Arnold Schwartzenegger and has been an atrraction at The Luxor Hotel in Las Vegas since 1992 as the evil Dr. Osiris in In Search of The Obelisk. Won the equivalent of The Clio (commercials) in Canada for a series of Molson Canadian spots he did. No, he is not a Canuck, but does like the idea of socialized education and health care. Used to be decent money in entertainment, but like everything else, money is scarce and not worth much anymore. He teaches film acting and cold reading to whomever shows up.

He would like to credit his librarian wife Lorraine for seeing him thru everything and believing in him as well as putting up with him. Together, they contributed to helping bring the Bukowski archives to The Huntington Library in 2006. 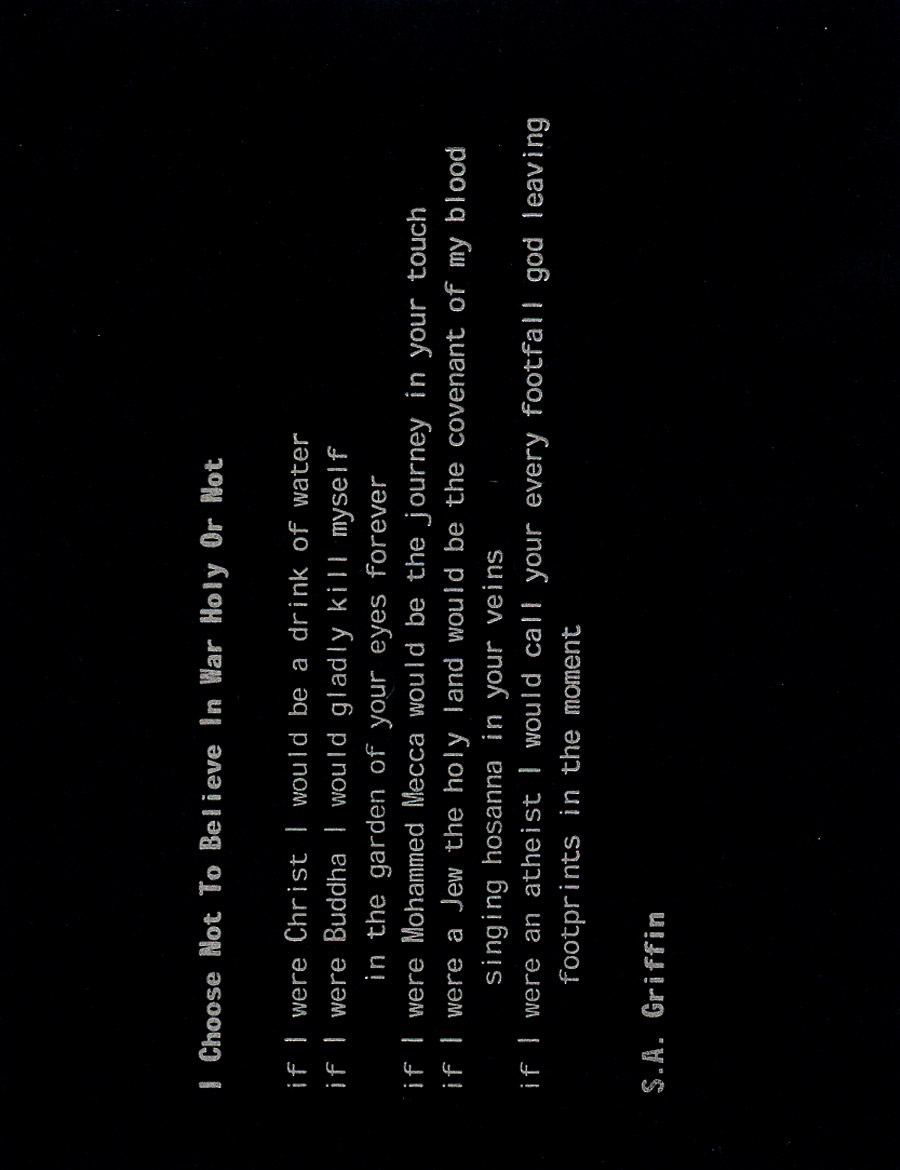 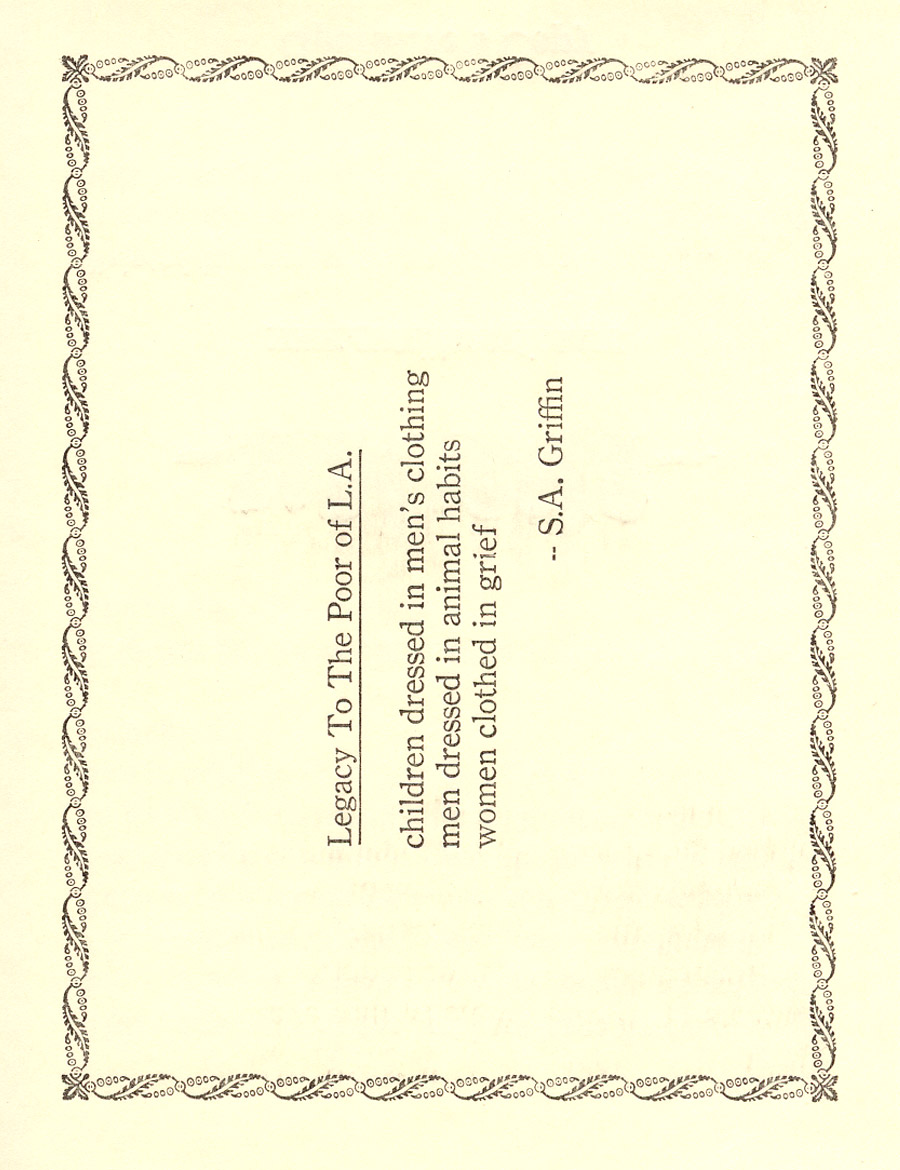 MySpace page  -  Drop in and meet all my "friends".