Alan Catlin is gainfully unemployed since retiring from his unchosen profession as a bartender. Thirty four years of that is enough for anyone in this life or any other. He is working on his fictional memoirs.

Credits well, where to begin, Wormwood Review (two most neglected book awards from Marvin Malone, one a collab with Paul Weinman) Poetry Motel, Planet Detroit, Big Scream, Nerve Cowboy----------17 Pushcart nomination (3 in fiction 14 in poetry, three of those under a pen name) 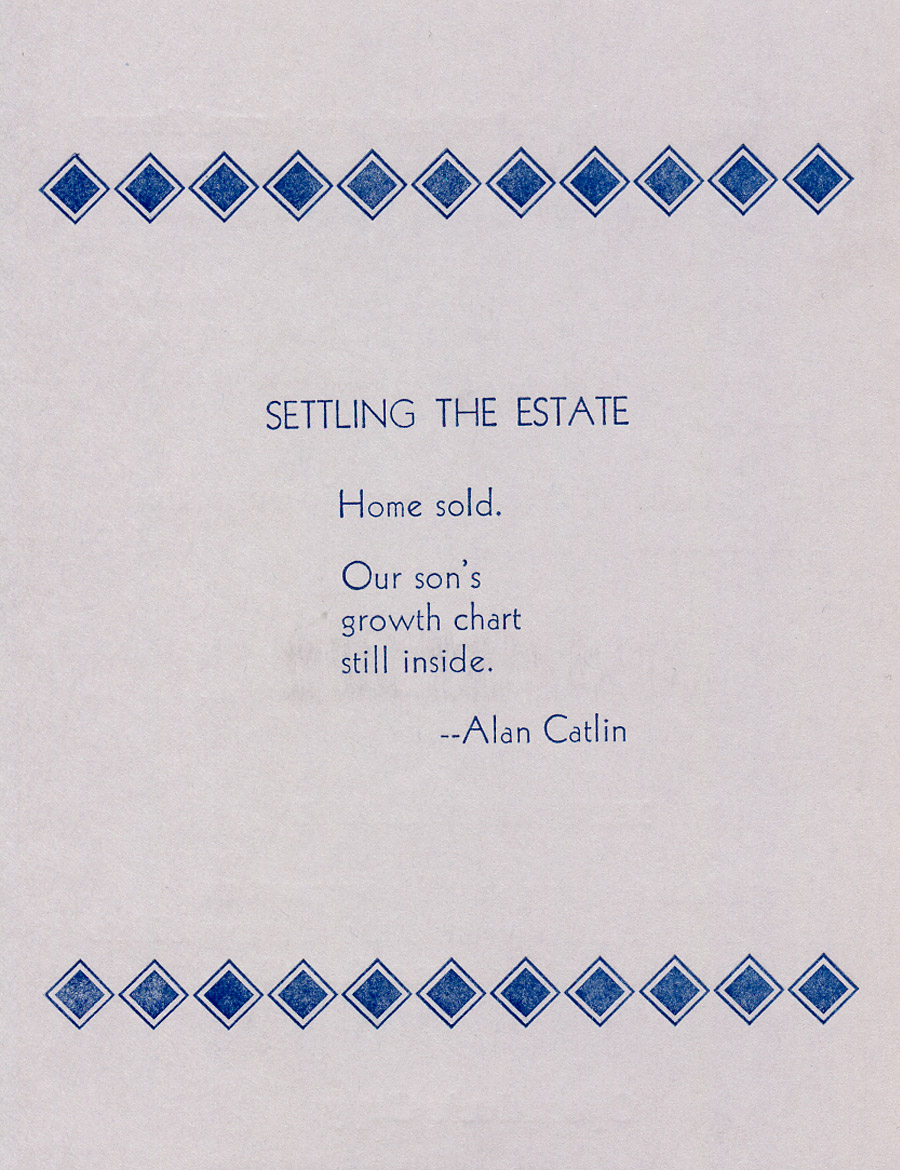