Charles P. Ries lives in Milwaukee, Wisconsin. His narrative poems, short stories, interviews and poetry reviews have appeared in over one hundred and seventy print and electronic publications. He has received four Pushcart Prize nominations for his writing. He is the author of THE FATHERS WE FIND, a novel based on memory and five books of poetry â€” the most recent entitled, The Last Time which was released by The Moon Press in Tucson, Arizona. He is the poetry editor for Word Riot (www.wordriot.org), Pass Port Journal (www.passportjournal.org) and ESC! (www.escmagazine.com). He is on the board of the Woodland Pattern Bookstore (www.woodlandpattern.org). He is a member of the Wisconsin Poet Laureate Commission and a founding member of the Lake Shore Surf Club, the oldest fresh water surfing club on the Great Lakes. You may find additional samples of his work by going to: http://www.literati.net/Ries/ 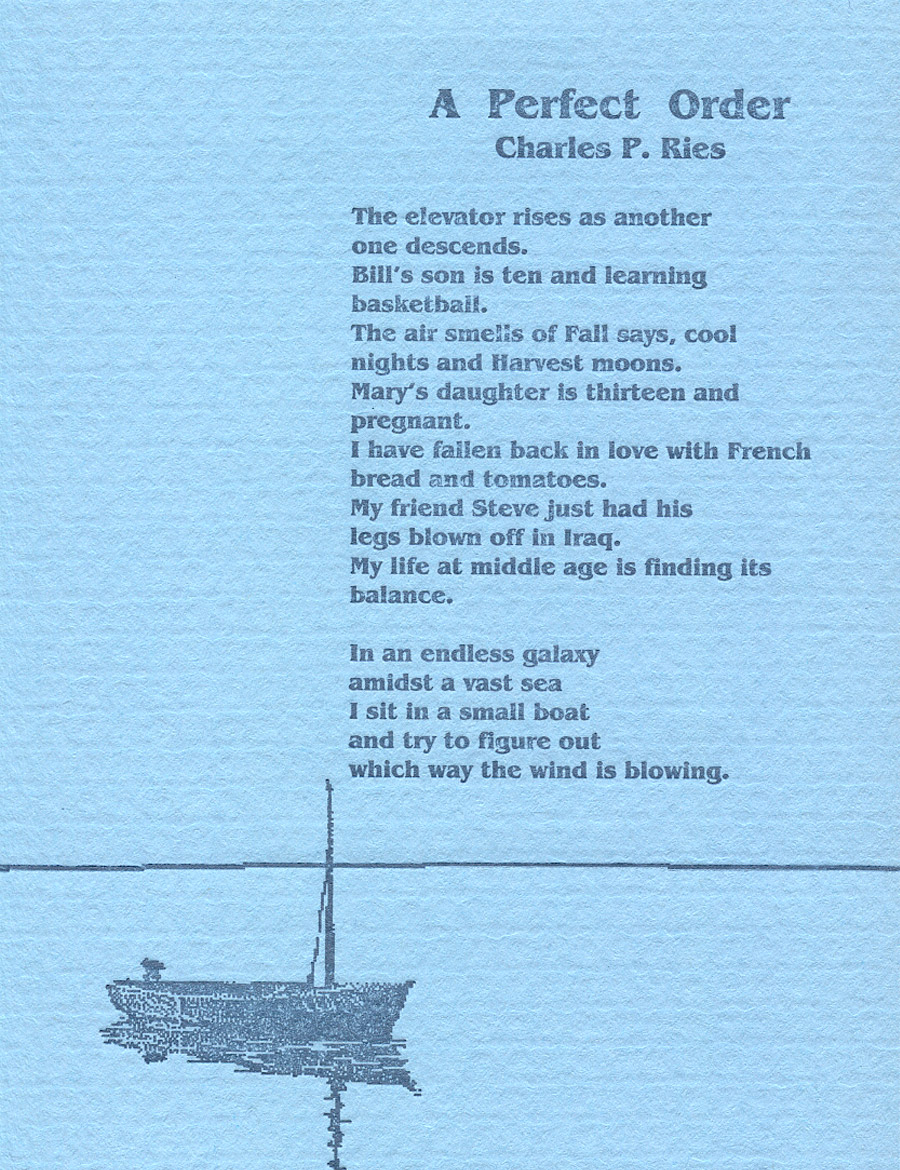 The Fathers We Find: The Making of a Pleasant Humble Boy, (Prose)
Bad Monk Press - 2004

Bad Monk: Neither Here Nor There
Lockout Press/Four-Step Publications - 2001