Leonard J. Cirino (1943) is the author of sixteen chapbooks and twelve full-length collections of poems from numerous presses since 1987. He lives in Springfield, Oregon, and has devoted four decades to reading, writing, editing, and publishing poetry. A limited edition, letterpress chapbook, The Truth Is Not Real, was published by Adastra Press, Easthampton, MA, in 2006. Ambiguities, a 136 page, Selected 2004-2005, was published by AA Press in 2007. His manuscript, Scattered Rhymes, has been accepted as a chapbook by Cervena Barva Press for 2008. His chapbook, The Ability To Dream, will be published by Phrygian Press, NY, in November, 2007. He can be reached at cirino7715@comcast.net 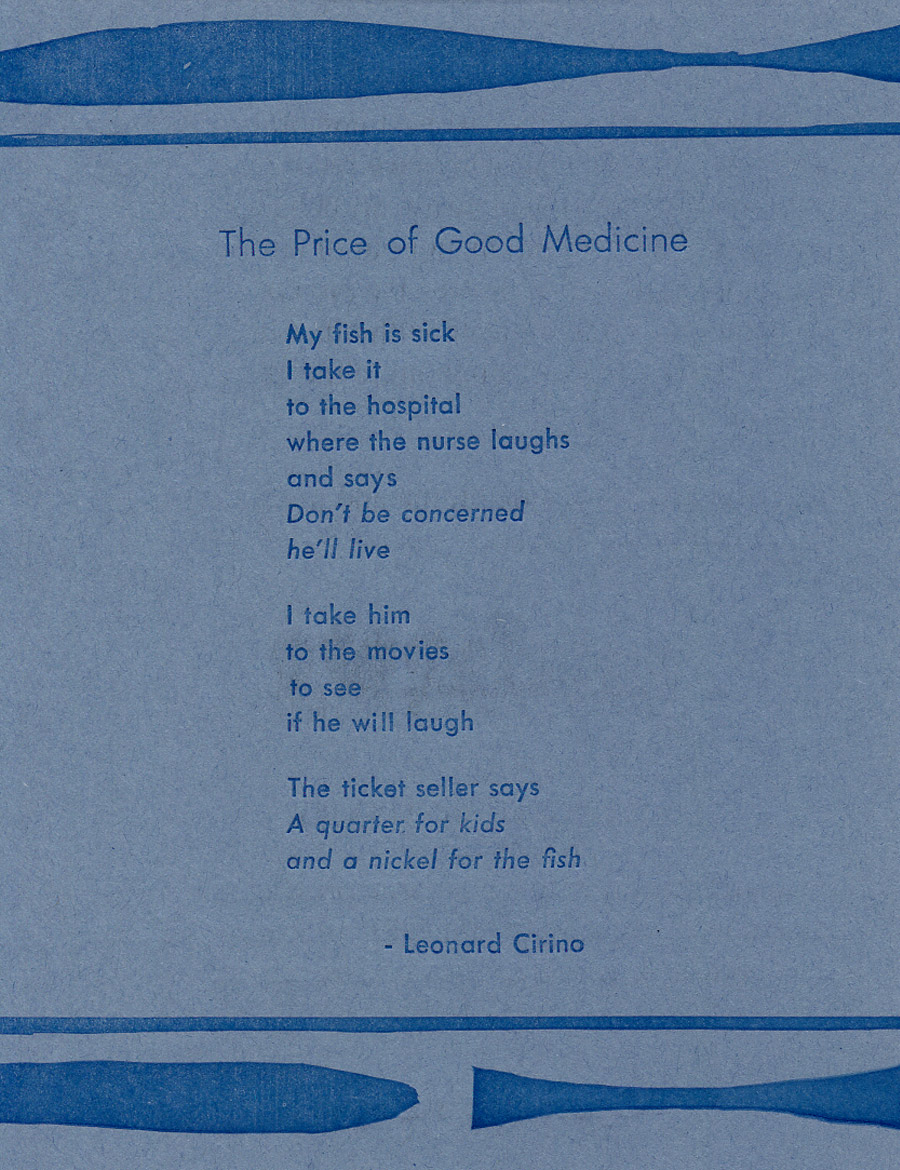 Waiting for the Sun to Fill With Courage

The Truth Is Not Real
- * - Denotes full length collection. All other books are under 48 pages.

Everything Is Small From A Distance*

Teh Terrible Wilderness of Self*

A Special Place for Love

The Source of Precious Life*

Poems from Some Latins

Poems After the Spaniards of '27

Ballad of the Mad Boy and His Shadow

A Small Book of Changes