Miles J. Bell is 35. His father was a boxer; his mother was a Cocker spaniel. He is attempting to live in Grimsby, northern England, where there is nothing to do and no-one to do it with. He is married to a girl he believes to be a saint with the capacity for violent bloody murder. All he really does is talk shit and write poems, but he suspects that's one more thing than most people do. 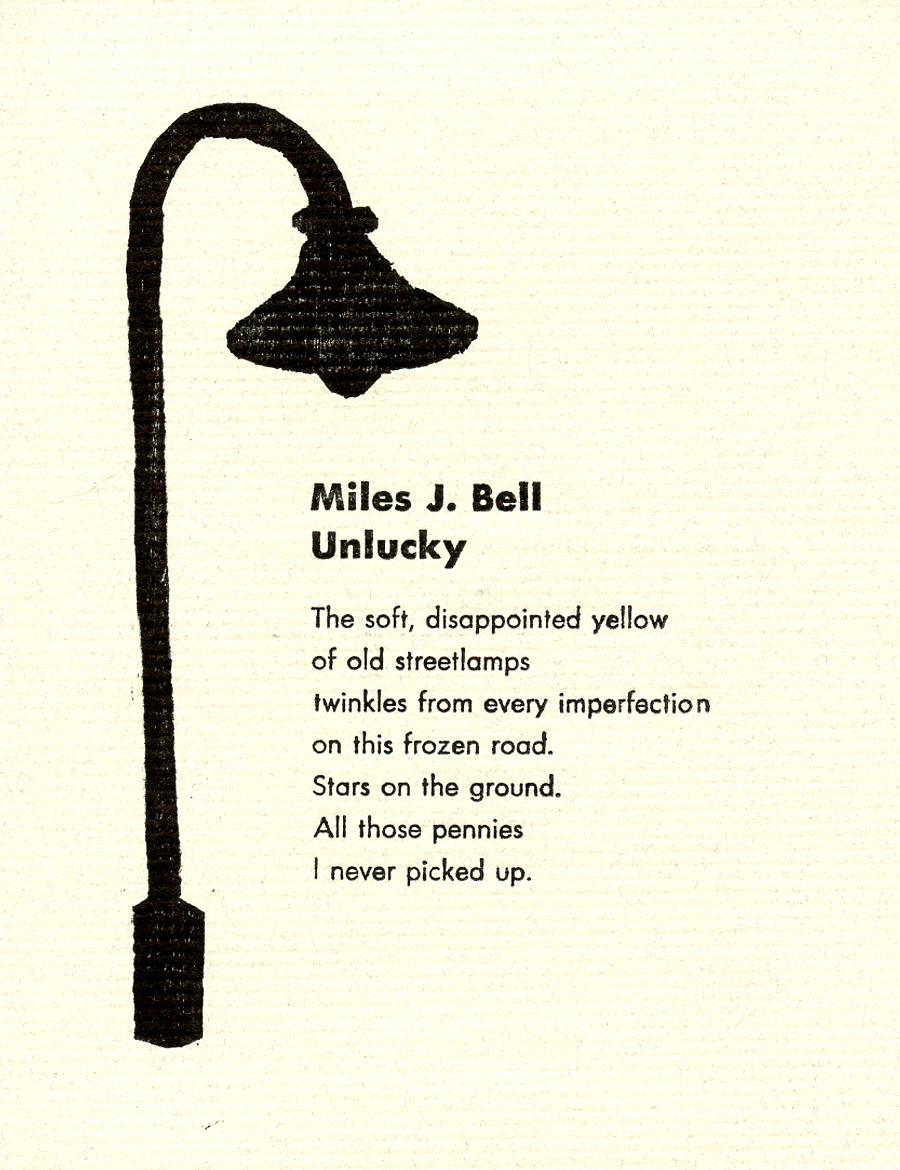