Richard Krech was born in 1946. He became involved in civil rights activities in 1963 and started writing soon thereafter. His first poetry readings were at the Bowery Poet's Co-Op in 1965, and his first book was published in 1967. He published a poetry magazine and organized a series of open poetry readings at bookstore on Telegraph Avenue in Berkeley from 1966 to 1969. He stopped writing poetry in the mid-70's and in 1976 went to law school and has been practicing criminal defense in Oakland, California since 1980. His practice includes everything from murder to shoplifting as well as pro bono representation of anti-war demonstrators and others similarly situated. After a 25+ year hiatus he began writing poetry again early this century.

Has had poems published in the Journal for the Protection of All Beings (City Lights); Ole; Ecstatic Peace Poetry Journal; Van Gogh's Ear (Paris); and on line Big Bridge and Milk, among other periodicals. 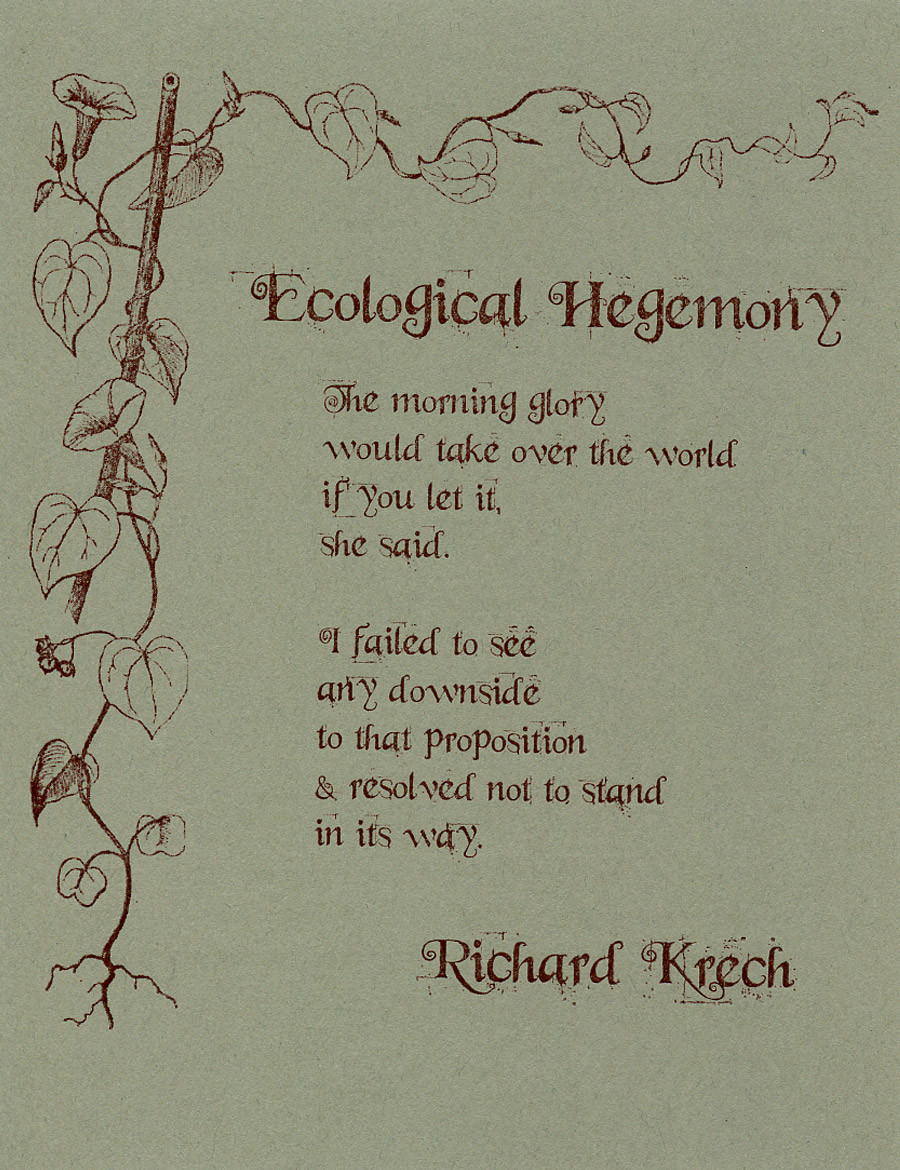 In Chambers: The Bodhisattva of the Public Defender's Office
sunnyoutside - 2008

The Location of the Triple Jewel
Dpress - 2003

How Easily Your Mind Can Slip Off
Runcible Spoon - 1967