William Taylor Jr. was born in Bakersfield, California and currently lives in San Francisco with his wife and a cat named Trouble. His poetry and stories have appeared widely in the small press and on the internet. He is the author of numerous chapbooks and his work has been nominated for a Pushcart Prize. His latest book is So Much Is Burning published by sunnyoutside Press. A book of new and collected poems is forthcoming from Centennial Press. He will one day be the last man in America not to own a cell phone. 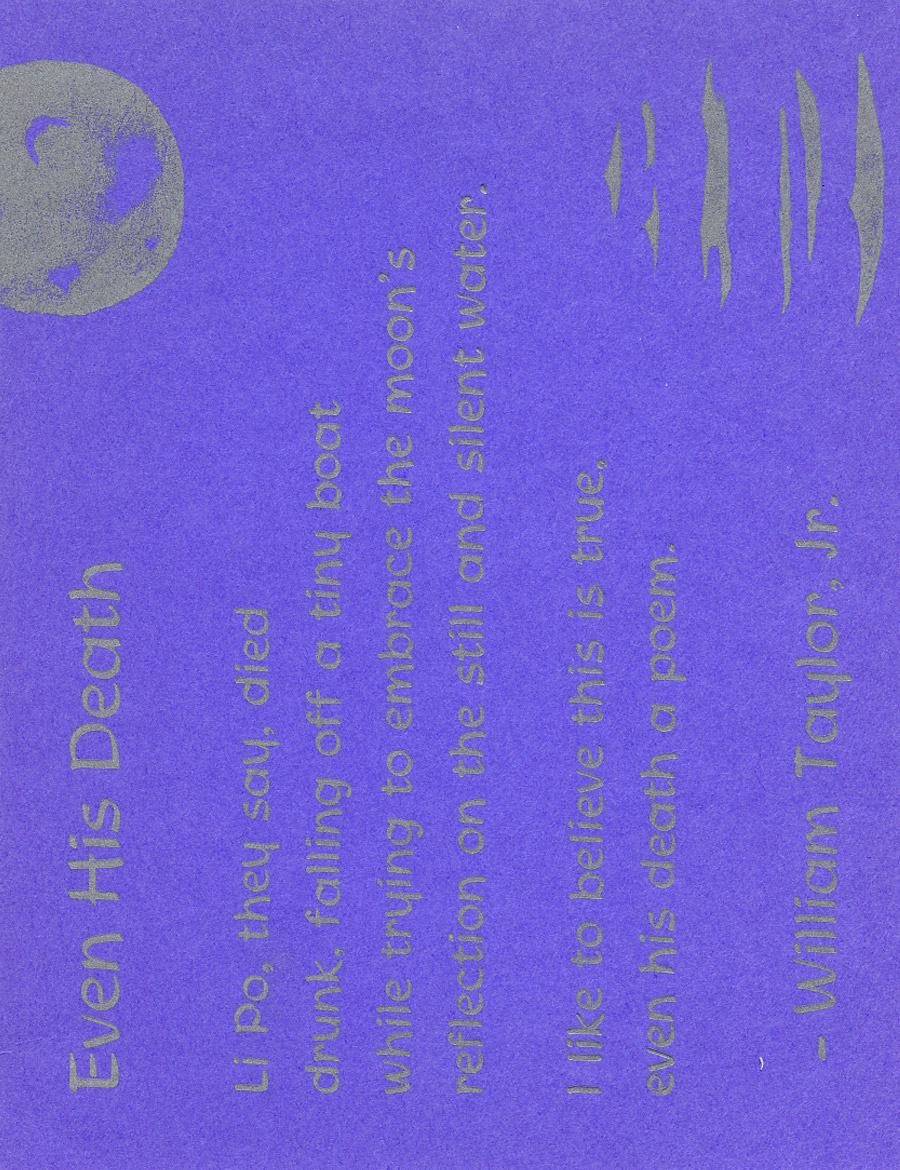 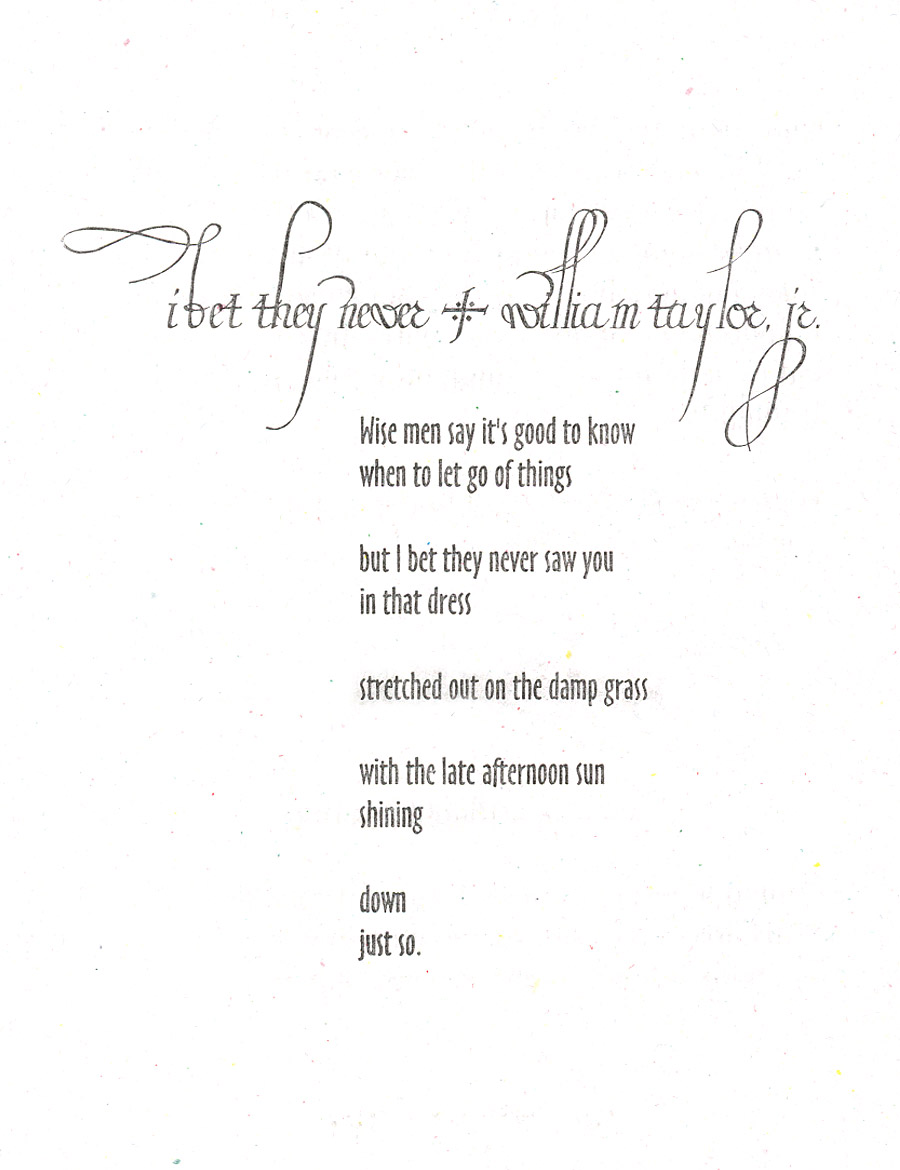 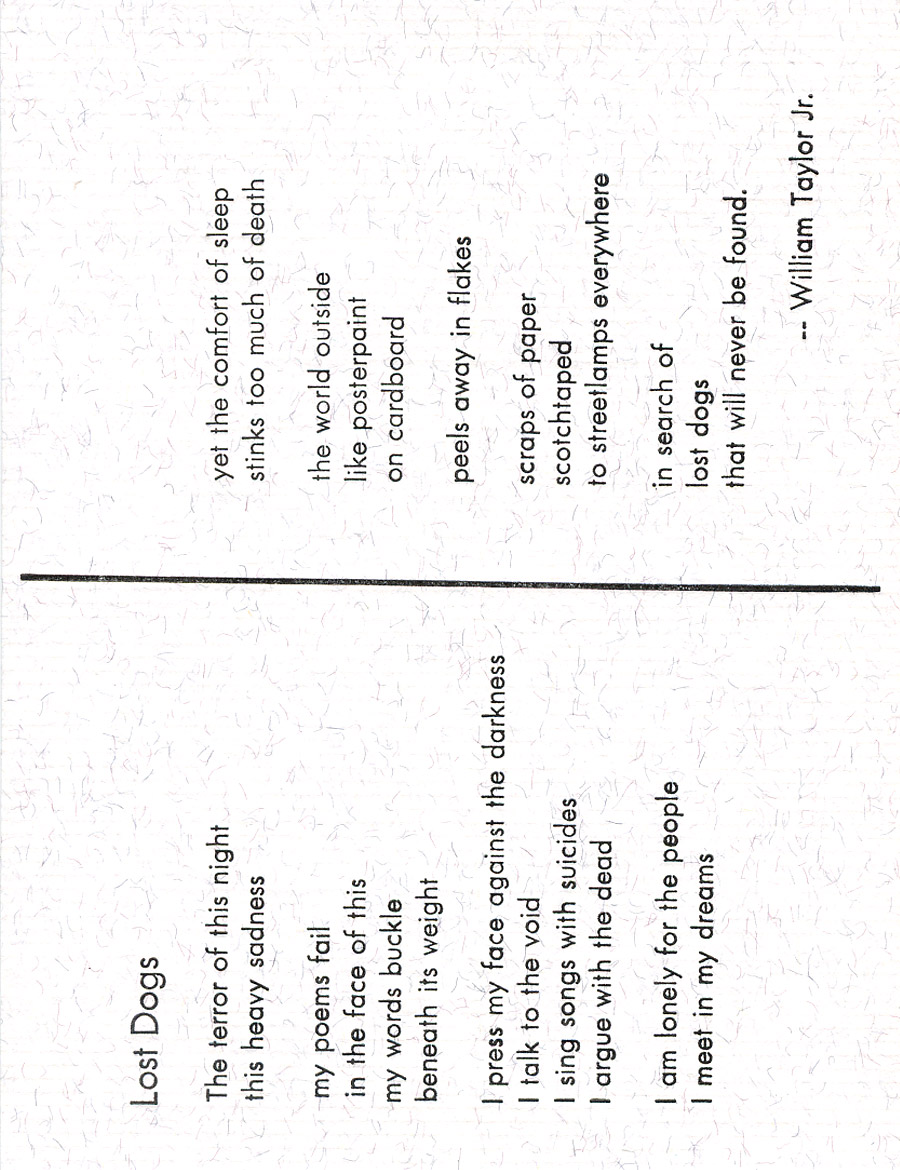 So Much Is Burning
sunnyoutside Press - 2006

Death To The Beautiful
Angelflesh Press - 1997

The Sad Dumb Beauty Of Everything
Big Star Press - 1997