Adrian Manning was born in 1967 and lives in Leicester, England. He is the editor of Concrete Meat Press. 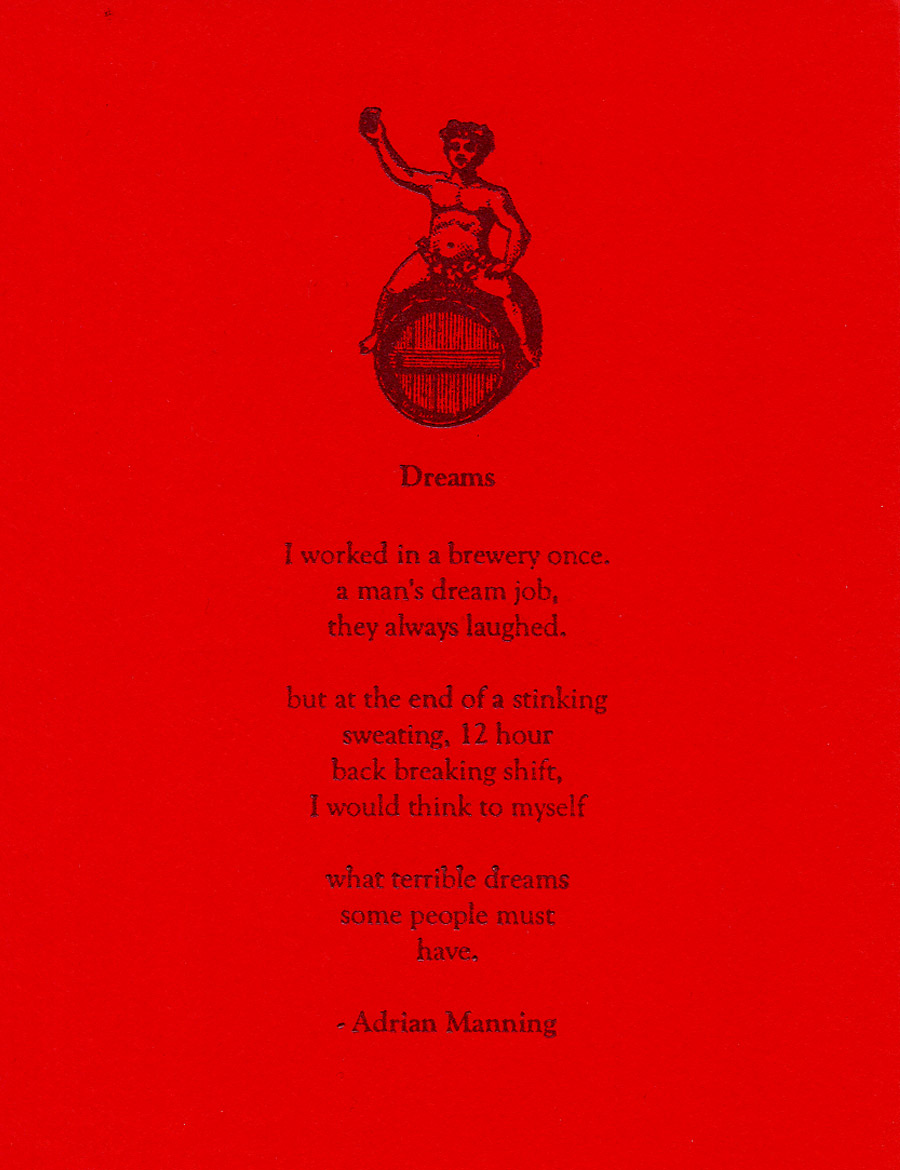 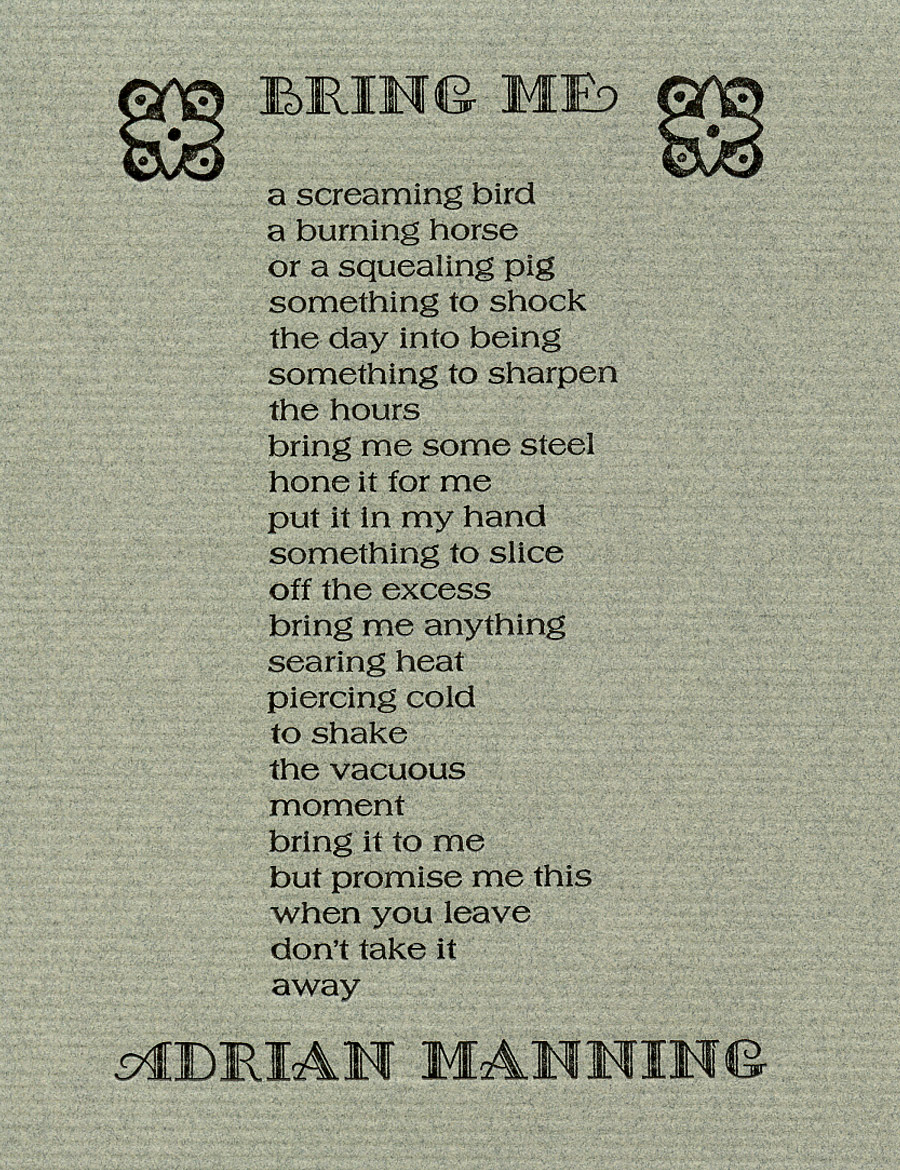 As Unavoidable As History
Hemispherical Press - 2005

Down At The Laundromat
Concrete Meat Press - 2004