Owen Roberts' work has appeared in Bottle, trespass magazine, Aesthetica, and Zygote in my Coffee. 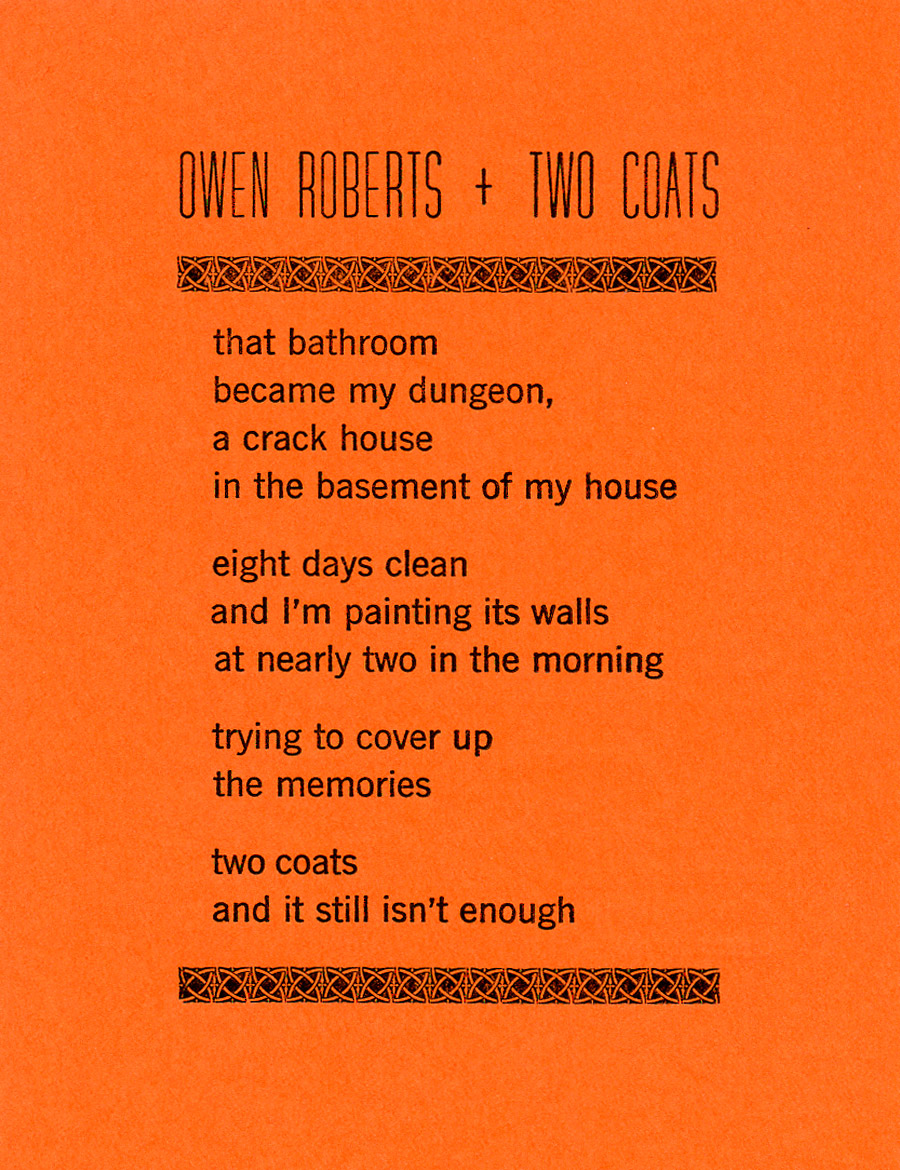 The Effects of Drugs and Prostitution
- 2003