born in August of 1969, this strange misfit lives outside of Atlanta, GA with his lady of eighteen years, the photographer Cynthia Etheridge, and his dog of three years, Stella Blue, plus their adopted abandoned dog Miles aka Bullet. since 2001 he has published eleven books and chapbooks, and his poems, stories and letters have appeared throught the small and large press. Cunningham believes in the mystery of improvisation when it comes to making art; that a life attuned to What's Right is all the craft you need. 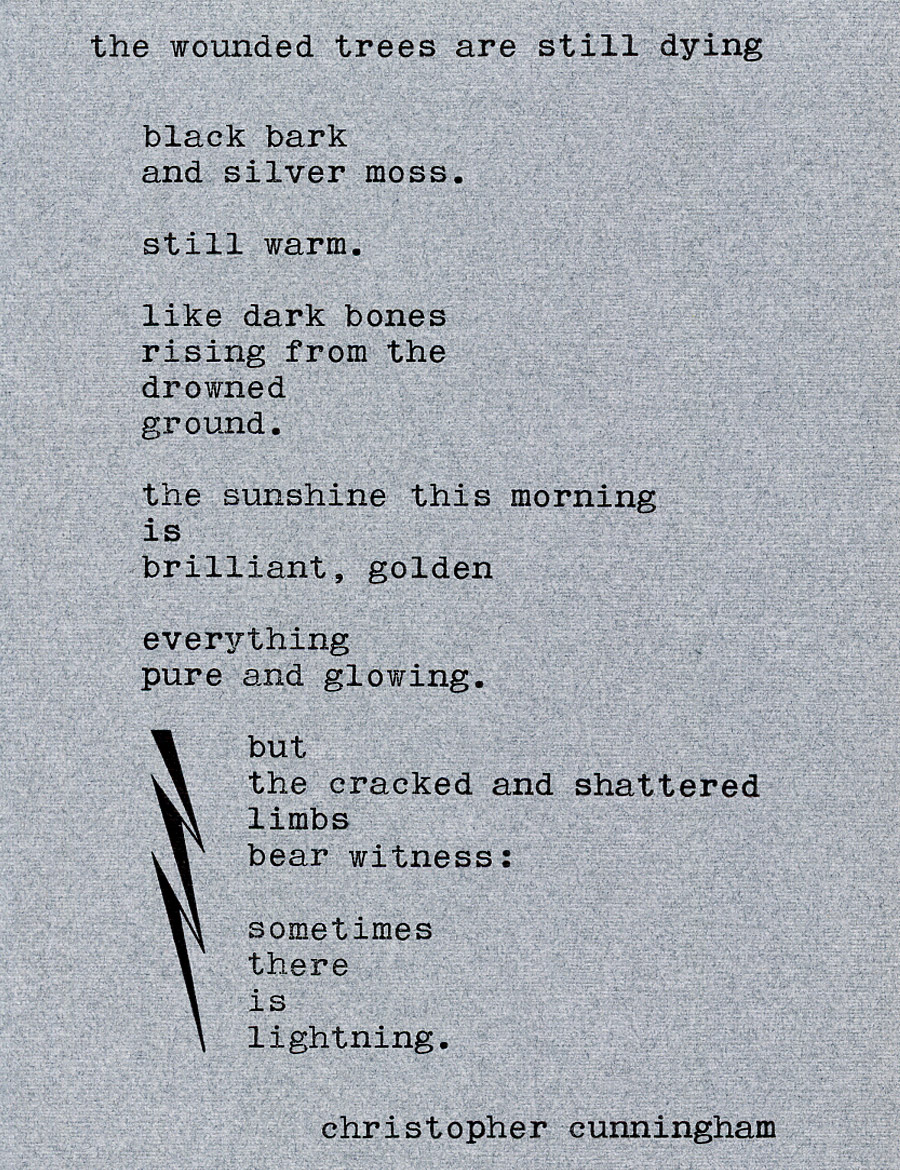 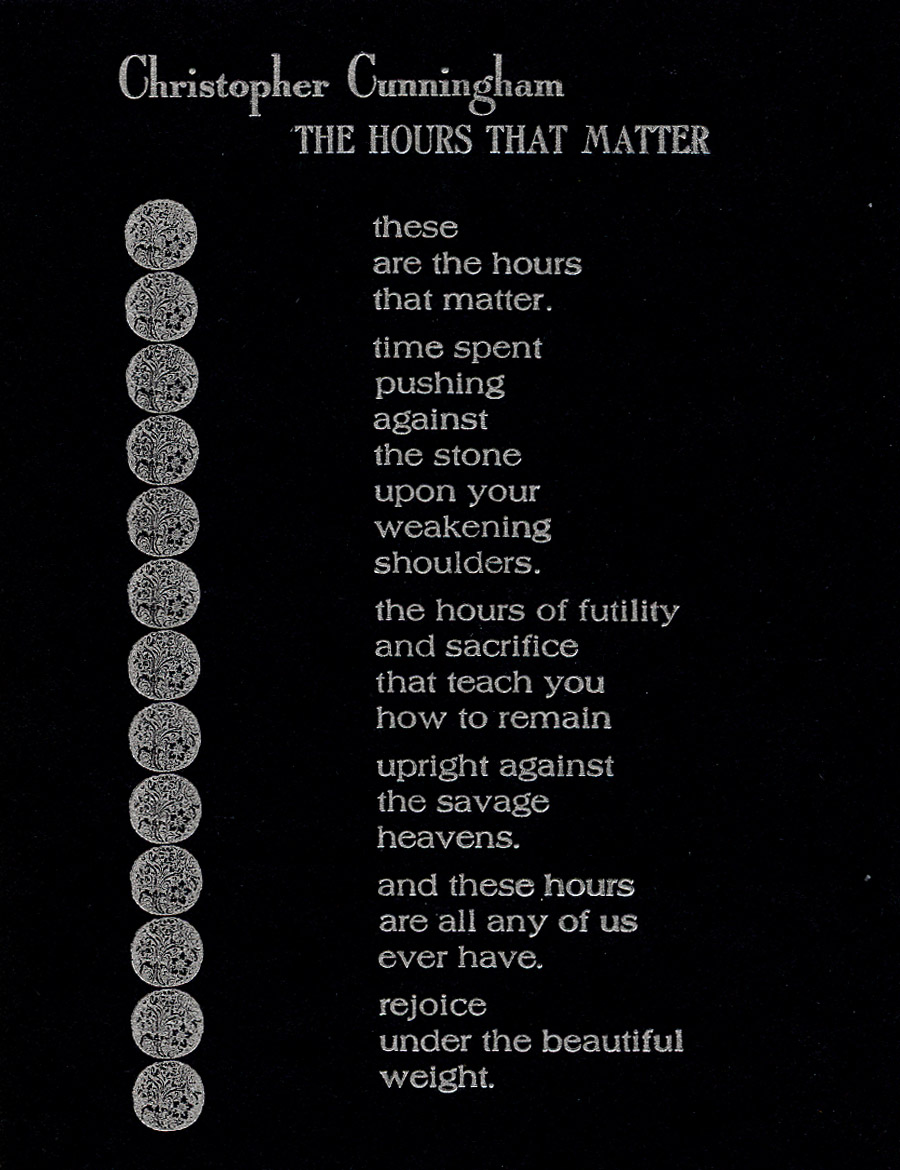 Flowers In The Shadow Of The Storm
sunnyoutside - 2007

And Still The Night Left To Go: Poems & Letters
Bottle Of Smoke Press - 2006

Thru The Heart of This Animal Life, A Measure of Impossible Humor
Liquid Paper Press - 2005

Screaming In Some Beauty
Four-Sep Publications - 2001